TFC uses XChaCha20-Poly1305 end-to-end encryption with deniable authentication. The symmetric keys are either pre-shared, or exchanged using X448, the base-10 fingerprints of which are verified via out-of-band channel. TFC provides per-message forward secrecy with BLAKE2b based hash ratchet. All persistent user data is encrypted locally using XChaCha20-Poly1305, the key of which is derived from password and salt using Argon2id. Key generation of TFC relies on Linux kernel’s getrandom(), a syscall for its ChaCha20 based CSPRNG.

The software is used in hardware configuration that provides strong endpoint security: Encryption and decryption are separated on two isolated computers. The split TCB interacts with a third, Networked Computer, through unidirectional serial interfaces. The direction of data flow between the computers is enforced with free hardware design data diodes, technology the certified implementations of which are typically found in critical infrastructure protection and government networks where classification level of data varies.

TFC routes all communication through next generation Tor (v3) Onion Services to hide metadata about real-life identity and geolocation of users, when and how much they communicate, the social graph of the users and the fact TFC is running. TFC also features a traffic masking mode that hides the type, quantity, and schedule of communication, even if the Networked Computer is compromised. 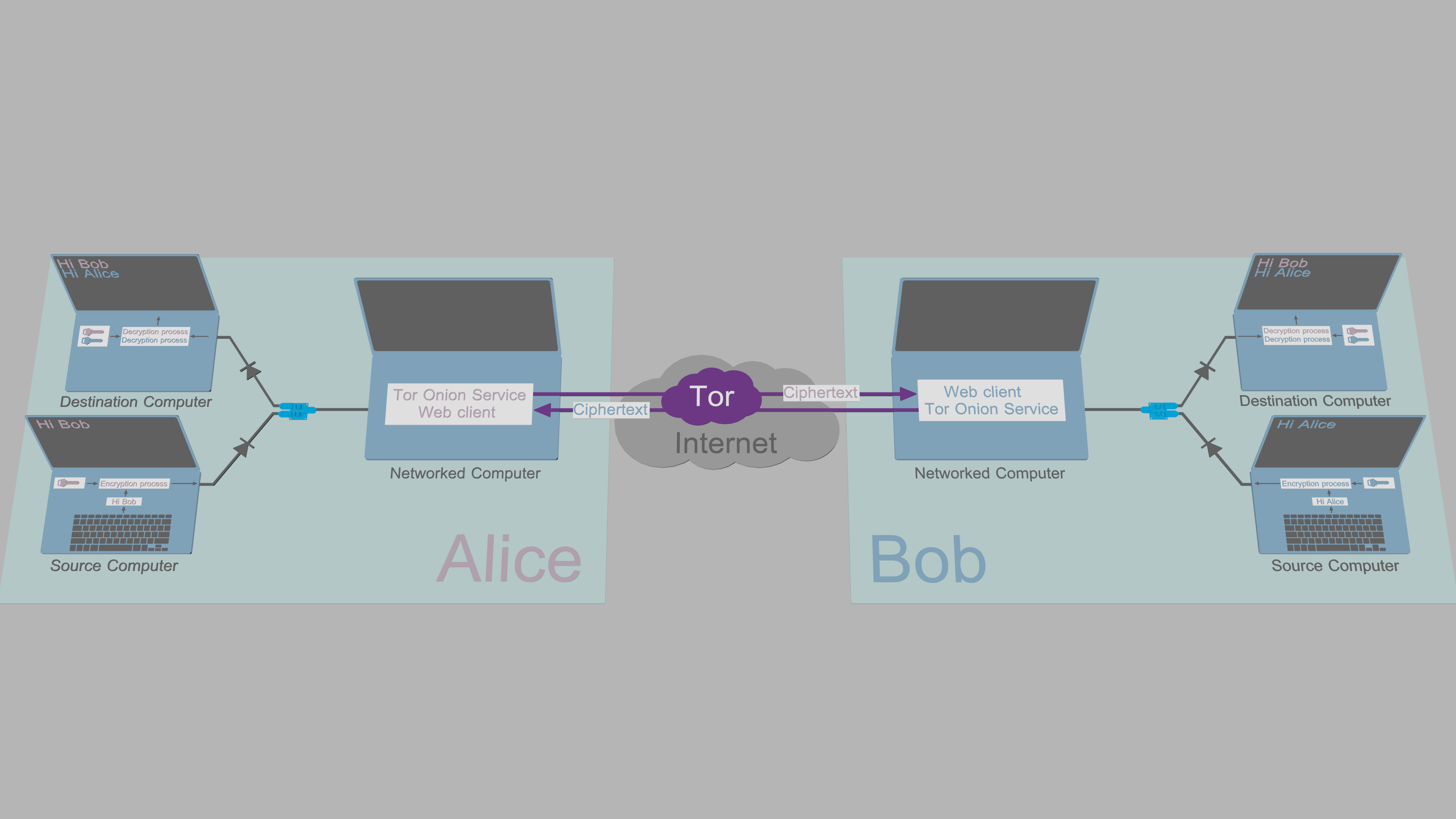 Alice’s Relay Program shares messages and files to Bob over Tor Onion Service. The web client of Bob’s Relay Program fetches the ciphertext from Alice’s Onion Service and forwards it to his Destination Computer (again through a serial interface and data diode). Bob’s Receiver Program then authenticates, decrypts and processes the received message/file.

When Bob responds, he will type his message to his Source Computer, and after a mirrored process, Alice reads the message from her Destination Computer.

Why keys and plaintexts cannot be exfiltrated 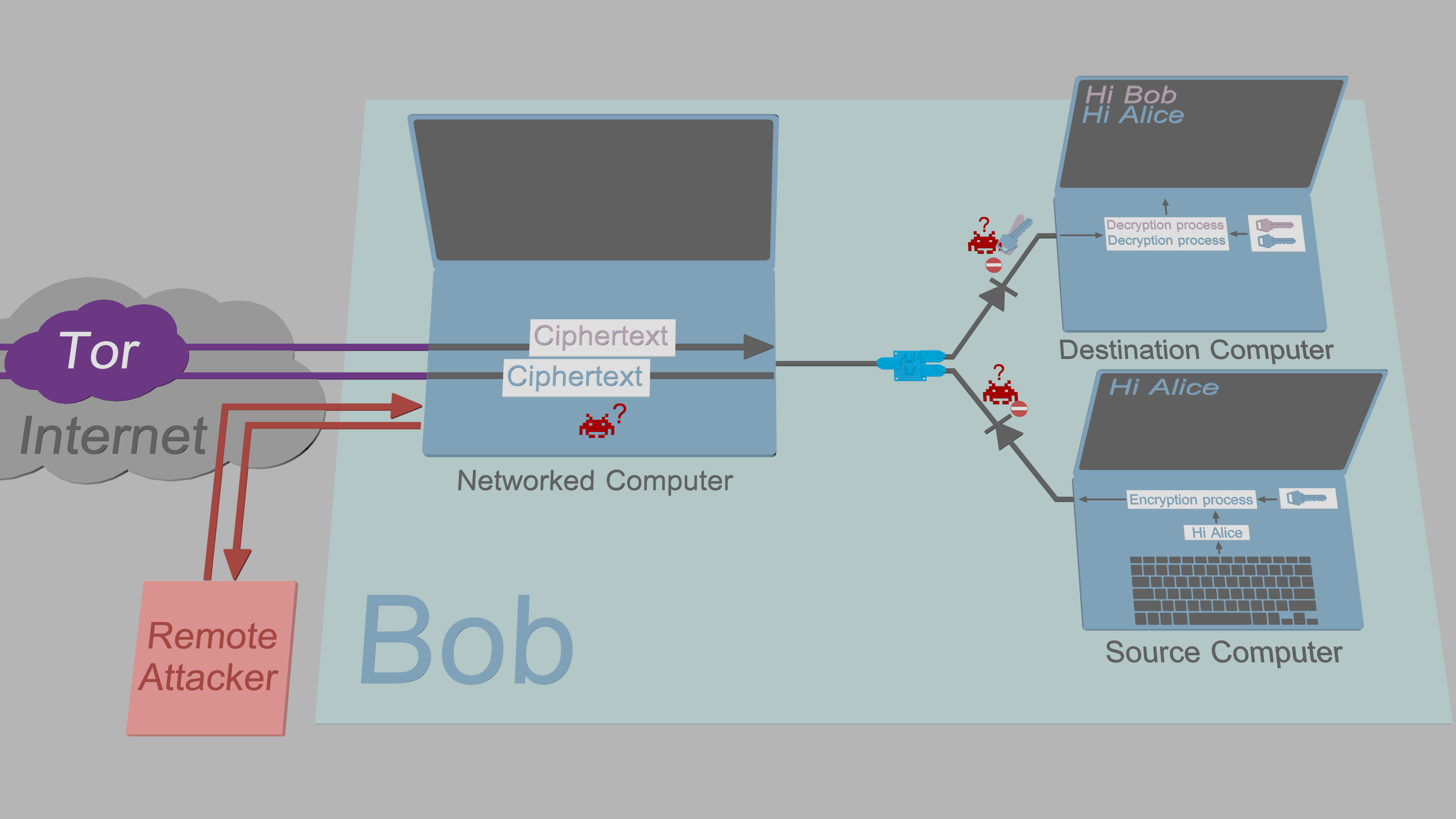 Optical repeater inside the optocouplers of the data diode (below) enforce direction of data transmission with the fundamental laws of physics.

For the rest of the articles, see TFC wiki.